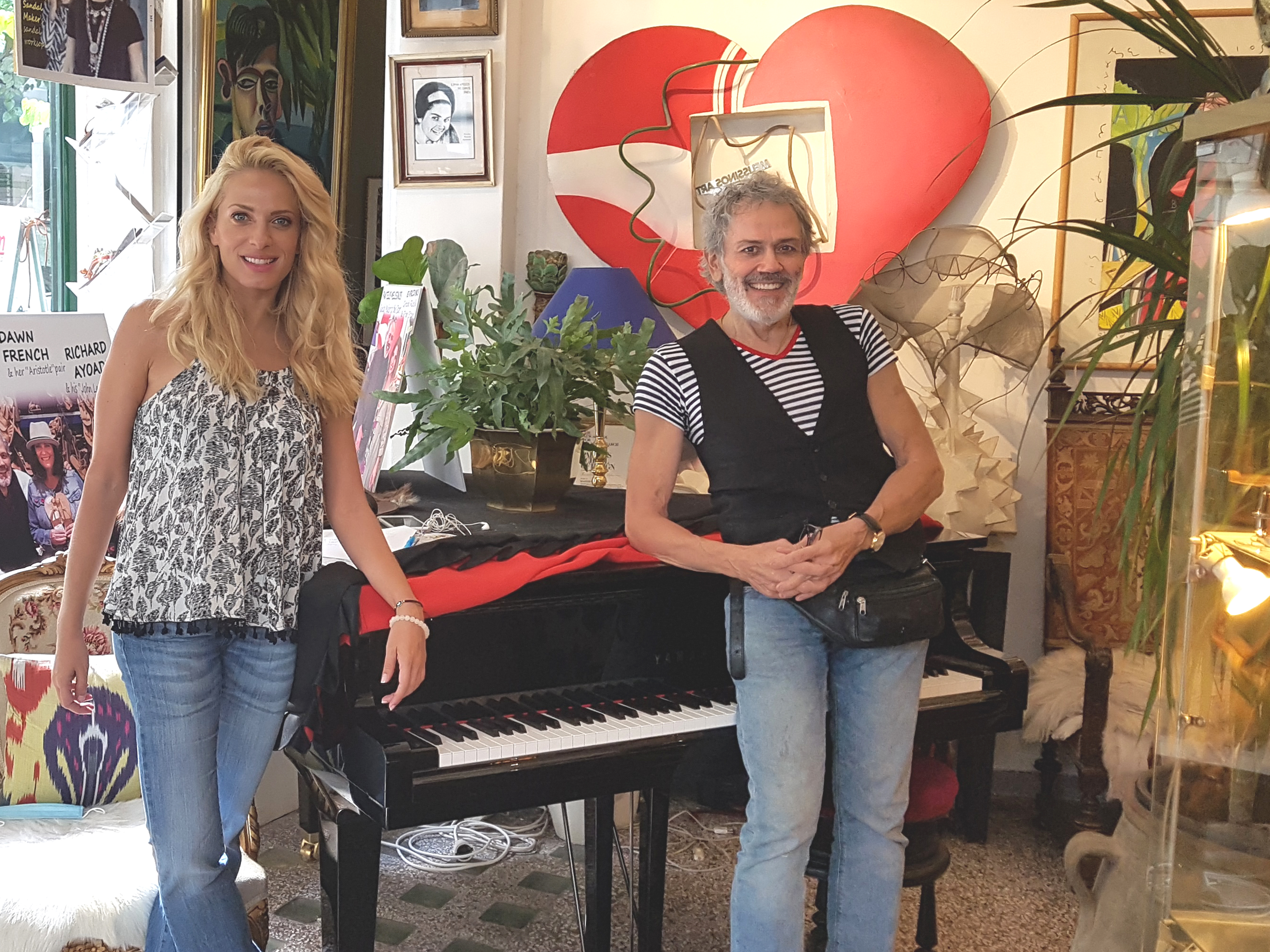 His bespoke leather sandals have been walking throughout the world, for years now. They’ve been to major cities and remote corners of the earth, unlike him who, like a modern day Socrates, never leaves Athens! His sandal-workshop is a meeting place for art, poetry, music, theater and of course sandals!!! 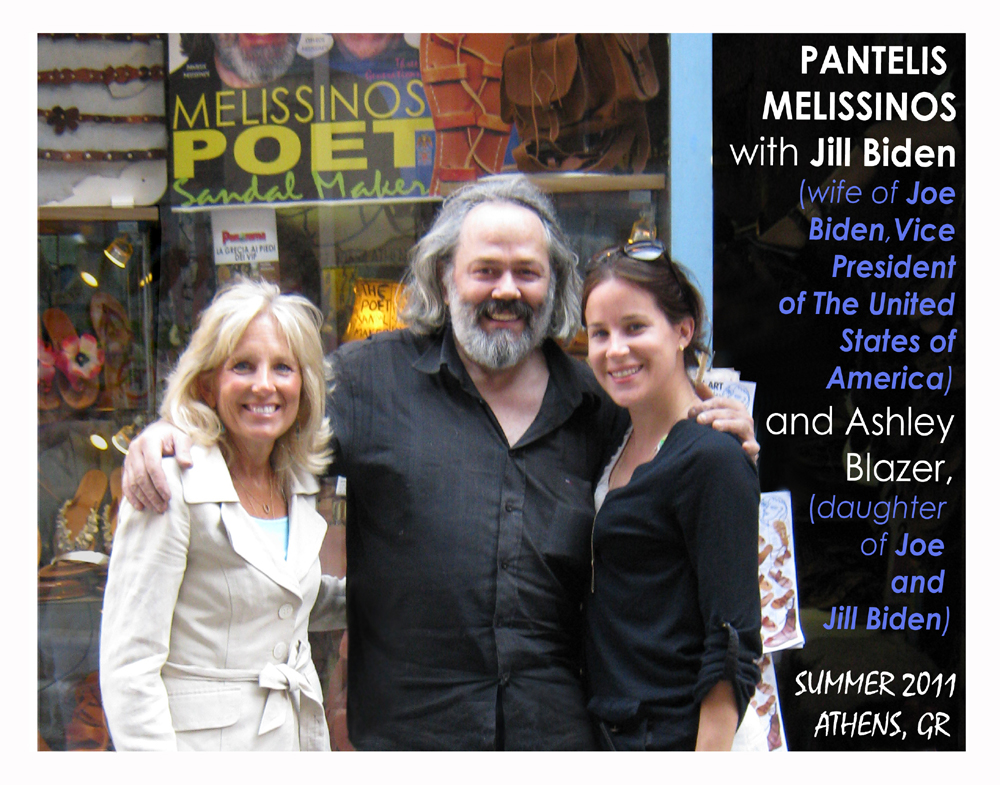 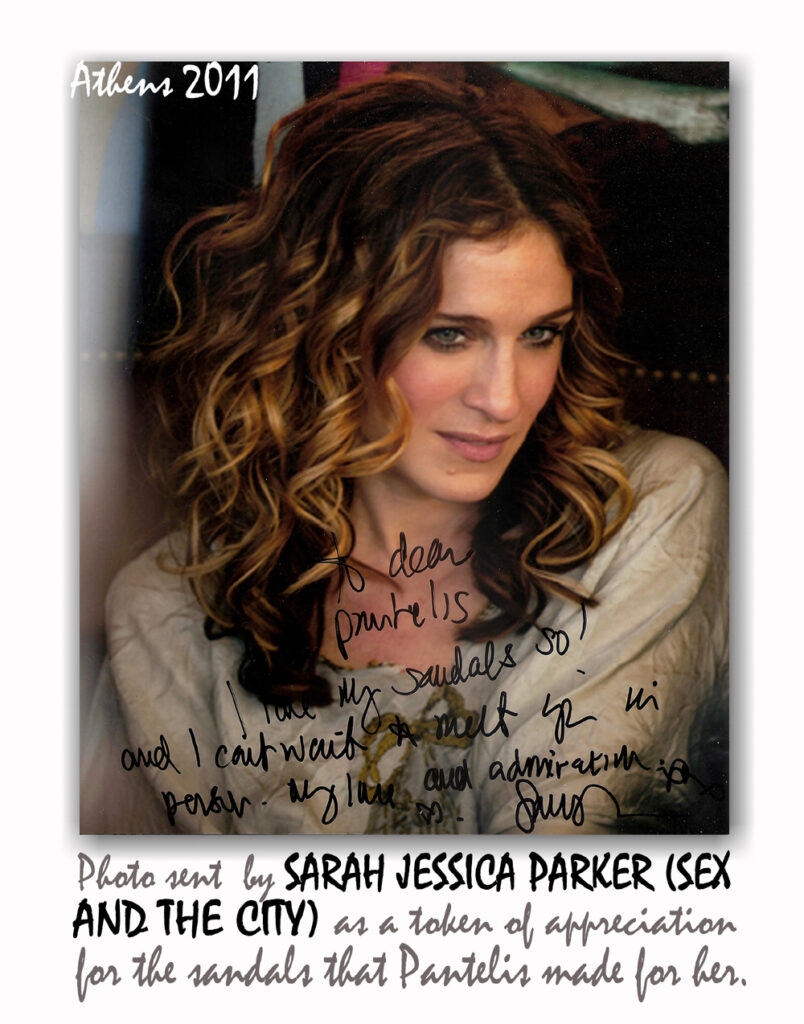 Sarah Jessica Parker, thanking Pantelis Melissinos for the sandals he made for her.

After his father’s death, in the mid-50’s, Stavros Melissinos, Pantelis’ father, took the fashion world by storm, when he created the first Ancient Greek Sandals for daily life. These sandals, soon, became very popular, worldwide, and from then on, the old family sandal workshop was not only a place for sandals, but also a rendezvous for Athenian artists, poets and philosophers.

It was in that old family workshop that Pantelis first listened to famous Greeks, talking about philosophy, poetry and art and all those discussions and talks formed his own ideas and character. 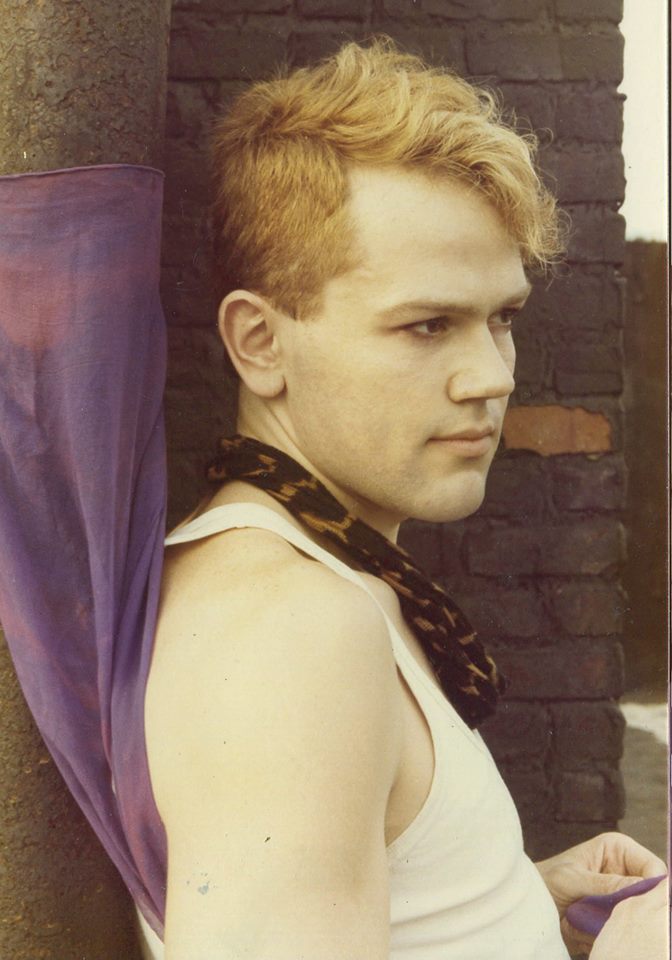 Pantelis Melissinos as a student of art in Manhattan

Early on, in his life, he studied classical piano and art and started writing his own poetry. In 1980, when he turned 20, he moved to the United States and studied at the famous Parsons School of Design, in New York City, where he received his BFA in Illustration and his MFA in Painting. There, he also wrote and staged plays for his colleagues and then he moved on and became the Artistic Director of the Greek Cultural Center of New York.

He has also worked as a set and costume designer, for many years, mainly for the Ancient Greek Theater scene, in his native Athens. He has had many one man shows, as an artist and painter, and his artworks are in collections throughout the world. 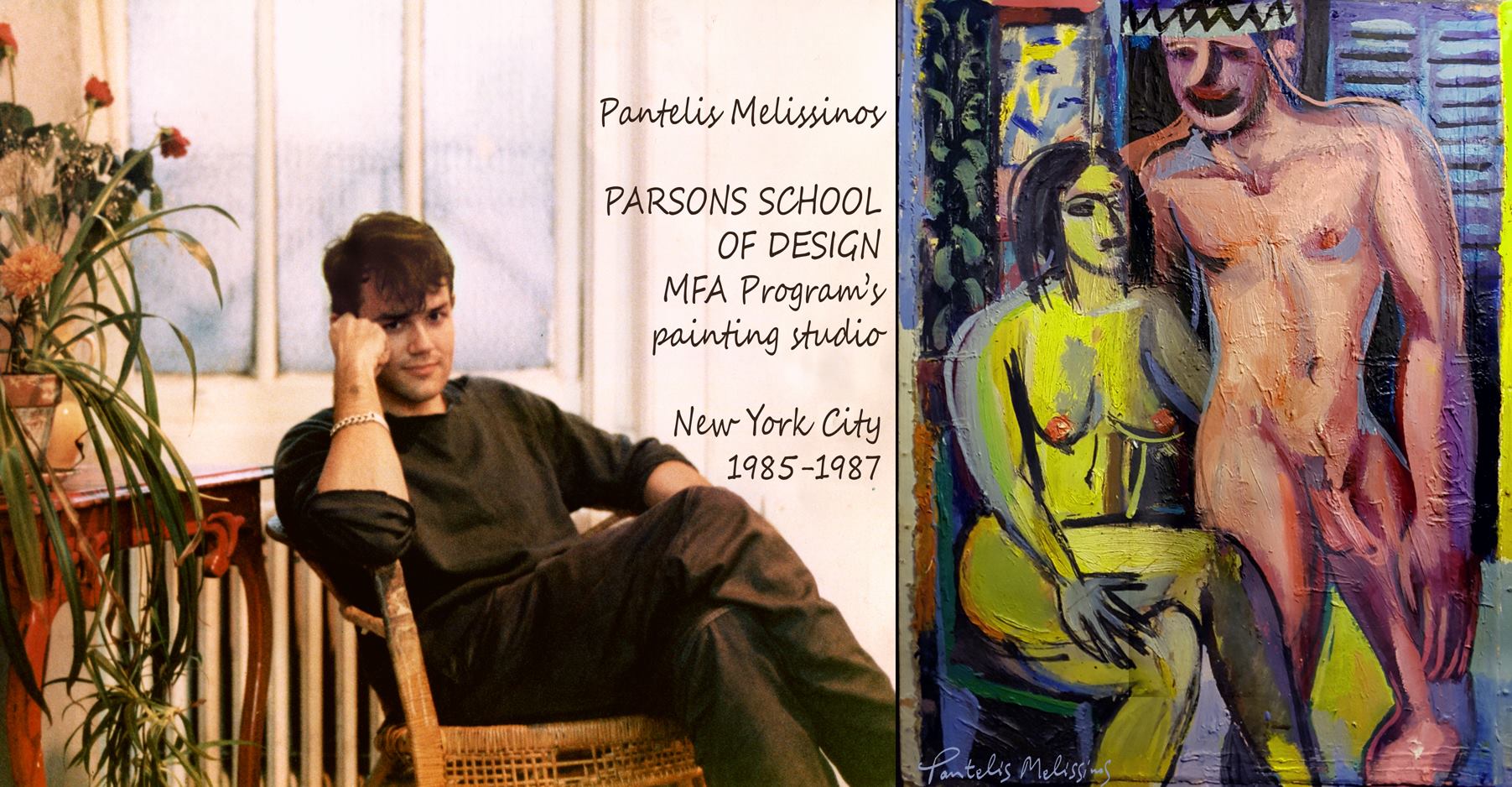 Every single painting by Pantelis Melissinos looks like a stage where Greek mythology, and The Theatre Of The Absurd meet with Latin American or African performers that tell stories or sing passionate songs about happiness, sorrows and loves lost or found. They relate the exploits of legendary or unknown -but nevertheless- very important heroes or heroines. Sometimes the protagonist is a slice of watermelon, a chair, a table, a cactus, a palm tree, some written words and so on… everyone and everything gets an equal opportunity on the Melissinos 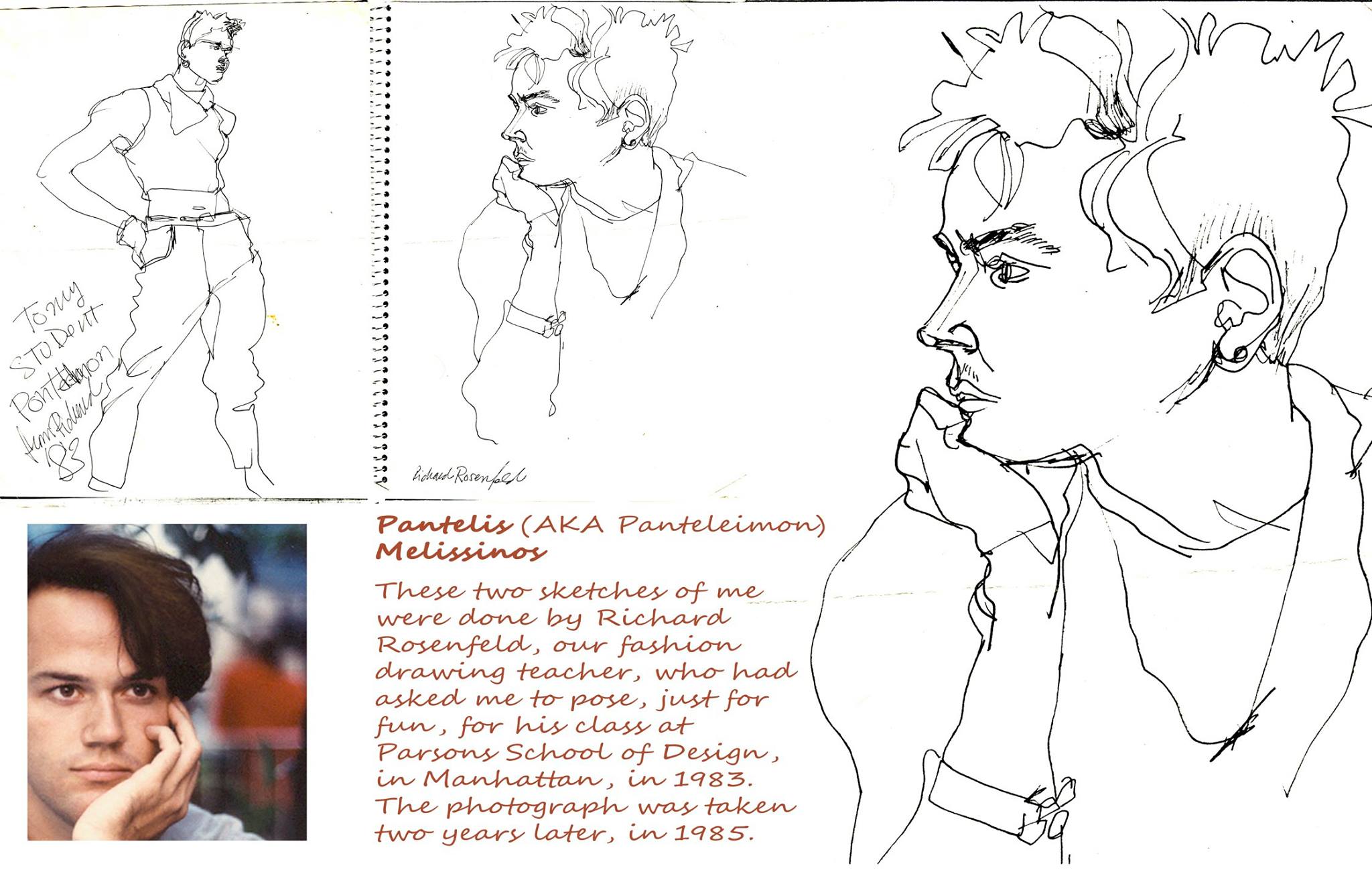 “stage”. They are all important because they are all part of life. And Life is what his art is about. The colors, the sounds, the scents, the six senses and the feelings of life are all present all the time. 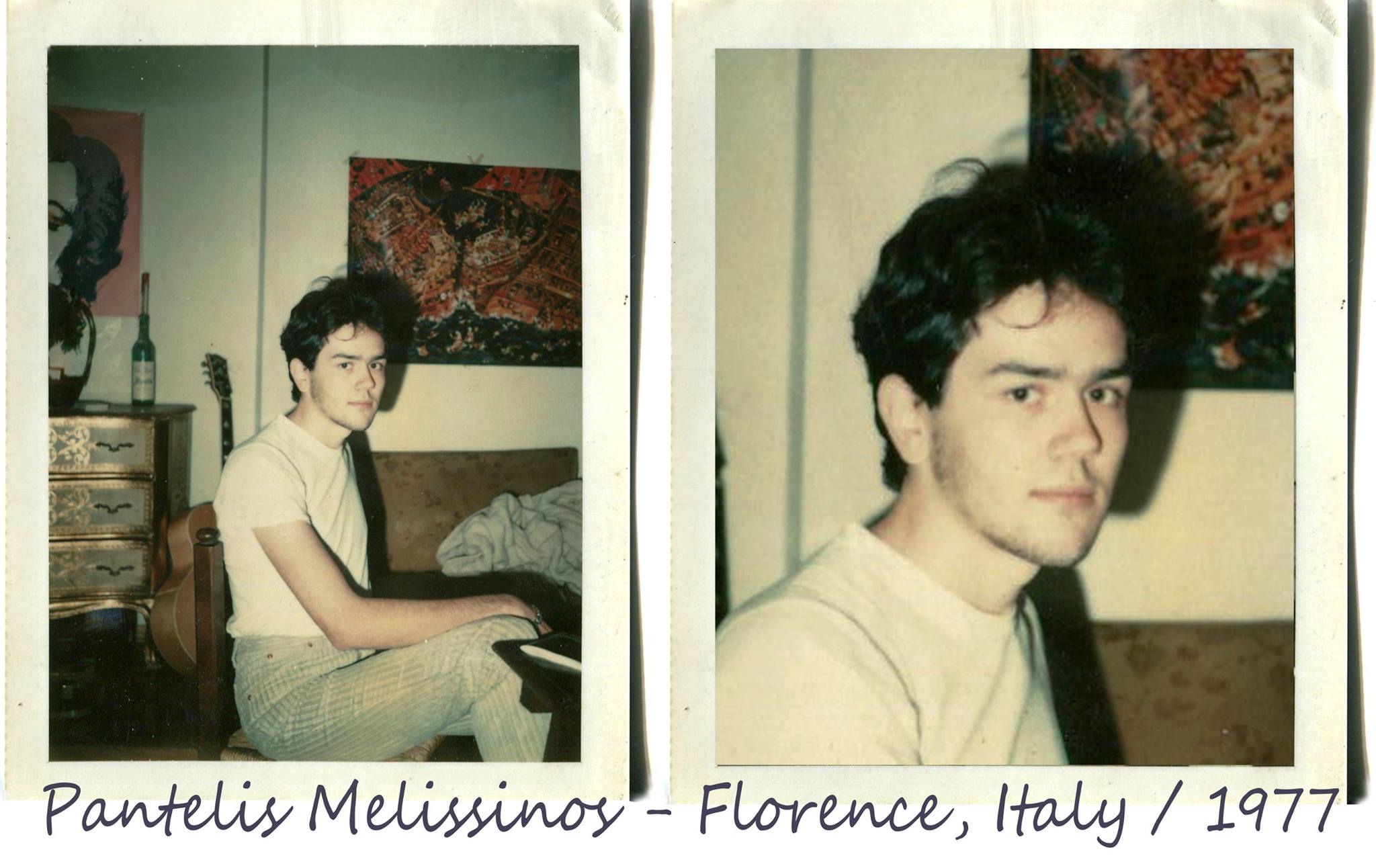 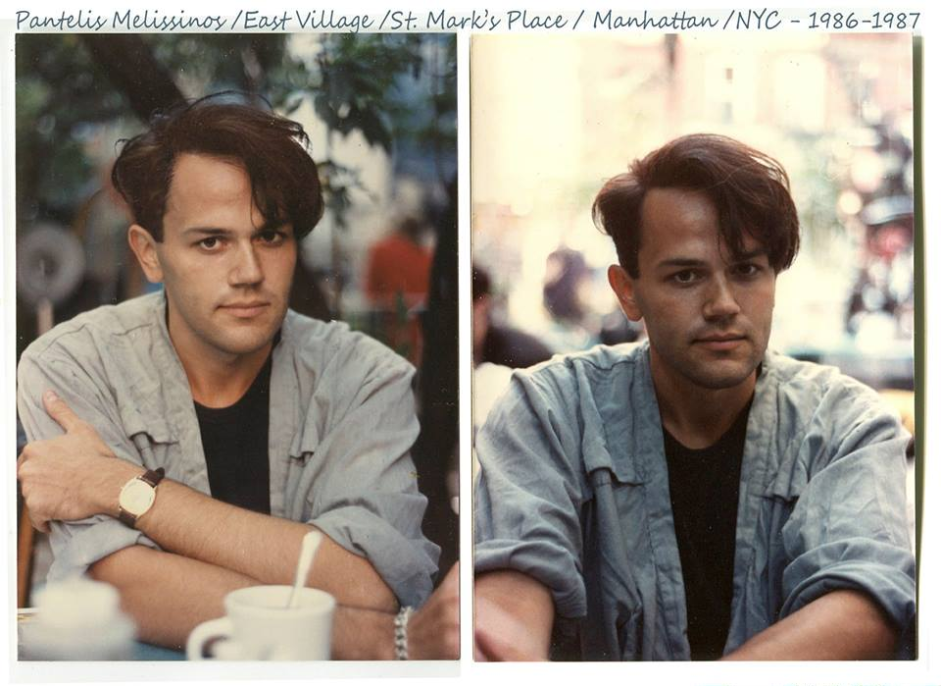 “…In his artwork the ancient myths deal with contemporary anxieties and are depicted in a visual language that combines ancient “primitive”, expressionistic and sometimes surrealistic elements in a different “tonal key”. His 3-dimensional paintings are in a way “set designs” where dynamic forms and brilliant color juxtapositions envelope his leading mythological figure or scene, which gets its meaning from a personal iconography and symbolism…” 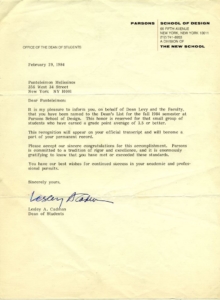 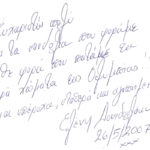 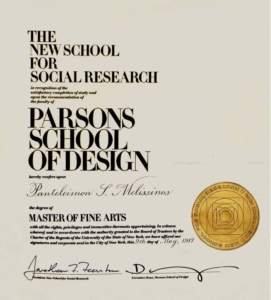 Here is a digital demo of the songs I wrote for my play "BACCHUS"; the songs are sung by the actors. Soon there will be a better version with real instruments. PANTELIS MELISSINOS [...]

Pantelis Melissinos has also worked as a set and costume designer here in Greece and New York. Some samples of his work you can see here.

THE ART OF PANTELIS MELISSINOS

SUMMARY OF THE PLAY: Princess Semele, a totally dumb bombshell from Thebes, hooks up with Zeus, gets pregnant and turns the entire Universe upside-down. Hera, the jealous wife of Zeus, takes the whole thing as [...]

3-Dimensional artworks by Pantelis Melissinos, utilising the dimensions of height, width, and depth and occupying a physical space that can be perceived from various sides and angles.

Small paintings, on different themes and subjects, executed on canvas and paper.