Celebrity “Poet Sandal Maker to The Stars”, Pantelis Melissinos (3rd generation since 1920) handcrafts  bespoke leather sandals -based on classic ancient Greek styles as well as his own designs- for celebrities, royals and lovers of beauty.

This historic sandal-workshop was established, in 1920, by Georgios Melissinos, whose son Stavros (aka The Poet) took over in 1954. He created a sensation, in the fashion world, with his Ancient Greek Sandal, in the mid-50s. Stavros Melissinos, counted among his customers, celebrities like, Sophia Loren, Jackie  O,  The Beatles, Maria Callas, Barbra Streisand and Jeremy  Irons  and he passed the sandal business onto his son Pantelis Melissinos, in 2004.

Our world-famous bespoke leather sandals are not sold by similarly named businesses, neither in Greece, nor in any other country or over the internet. You can find our sandals only in our “MELISSINOS ART – THE POET SANDAL MAKER” atelier, near the Acropolis Museum and nowhere else! 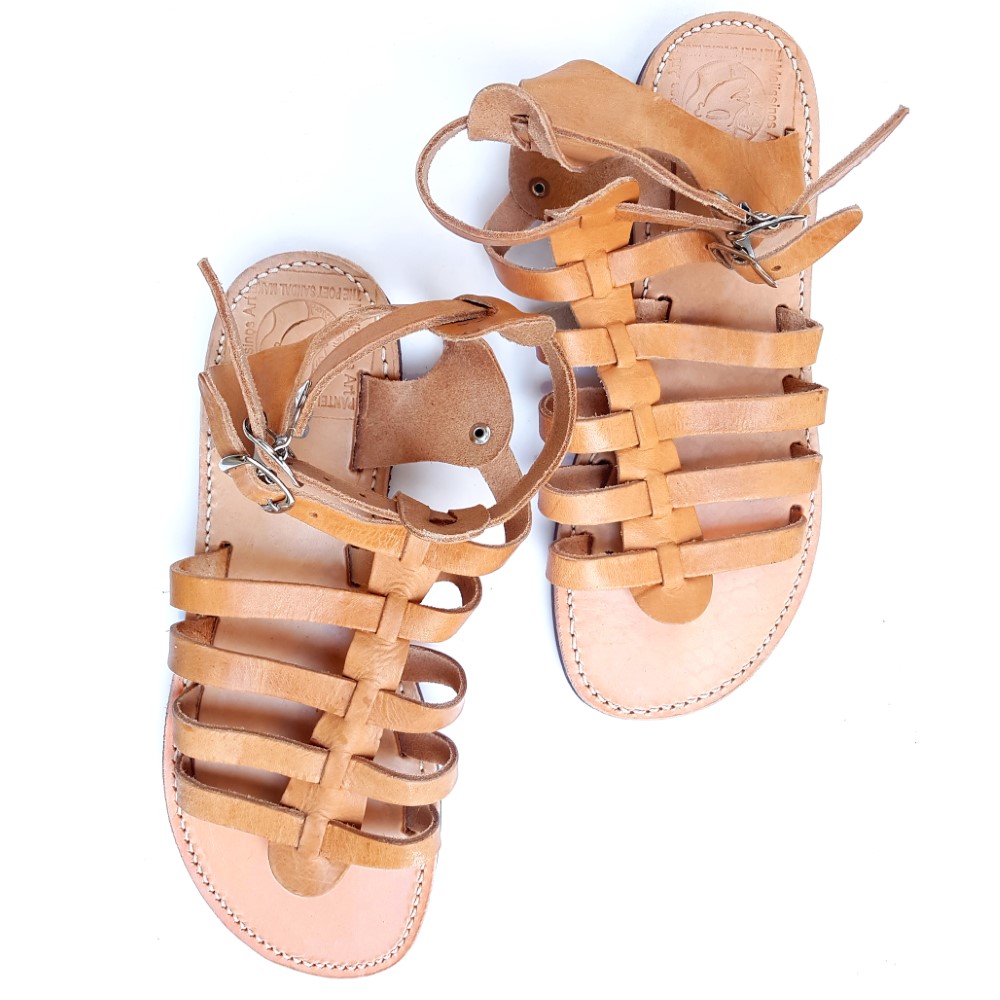 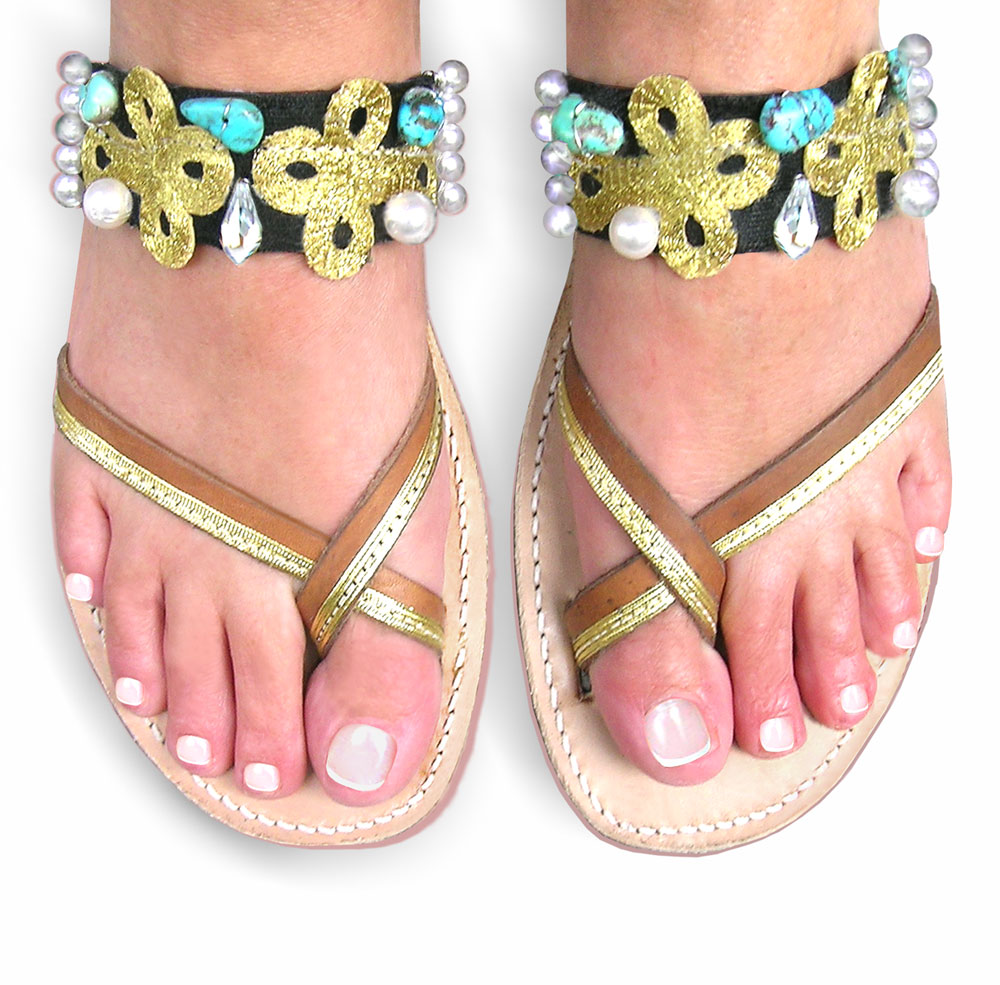 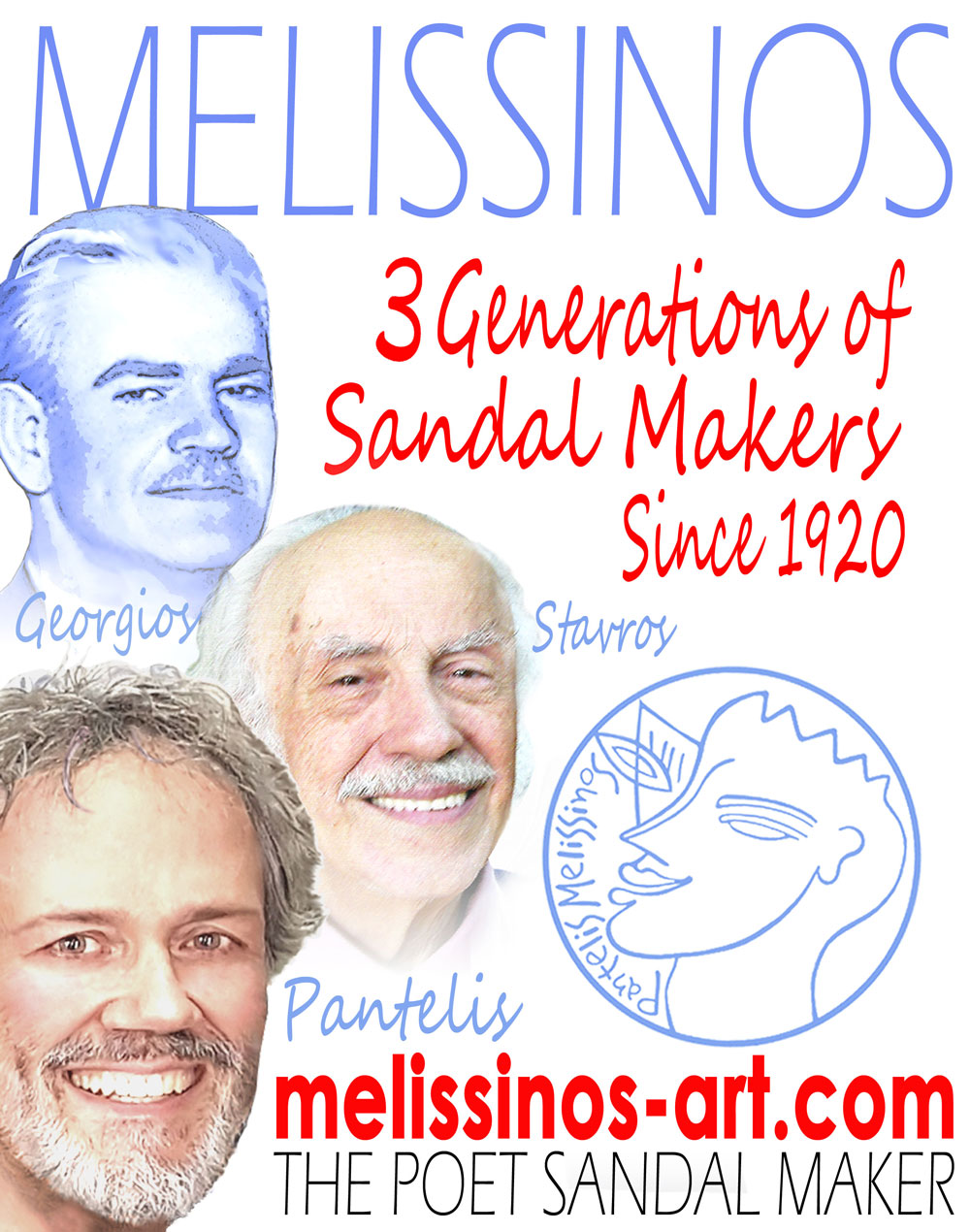 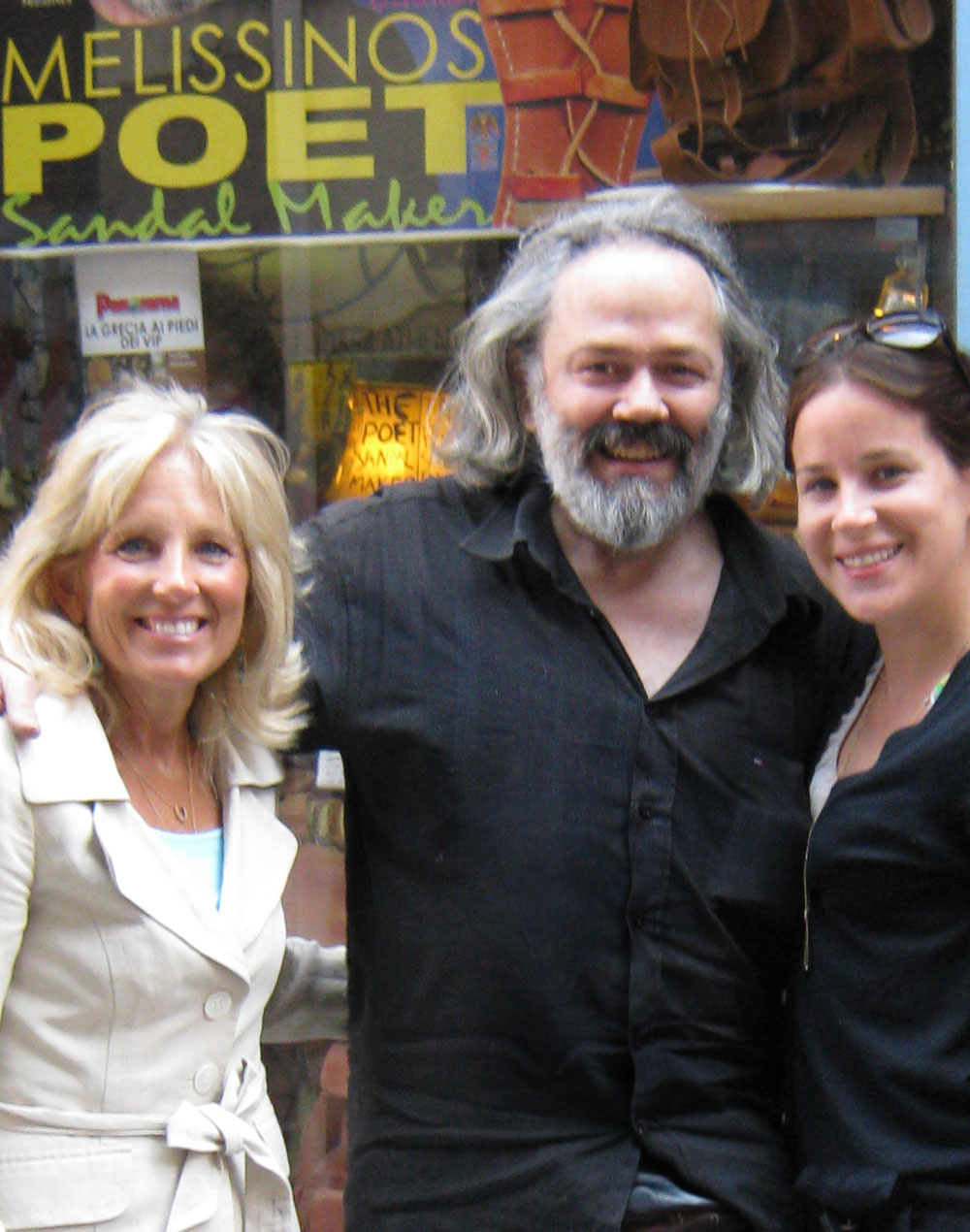 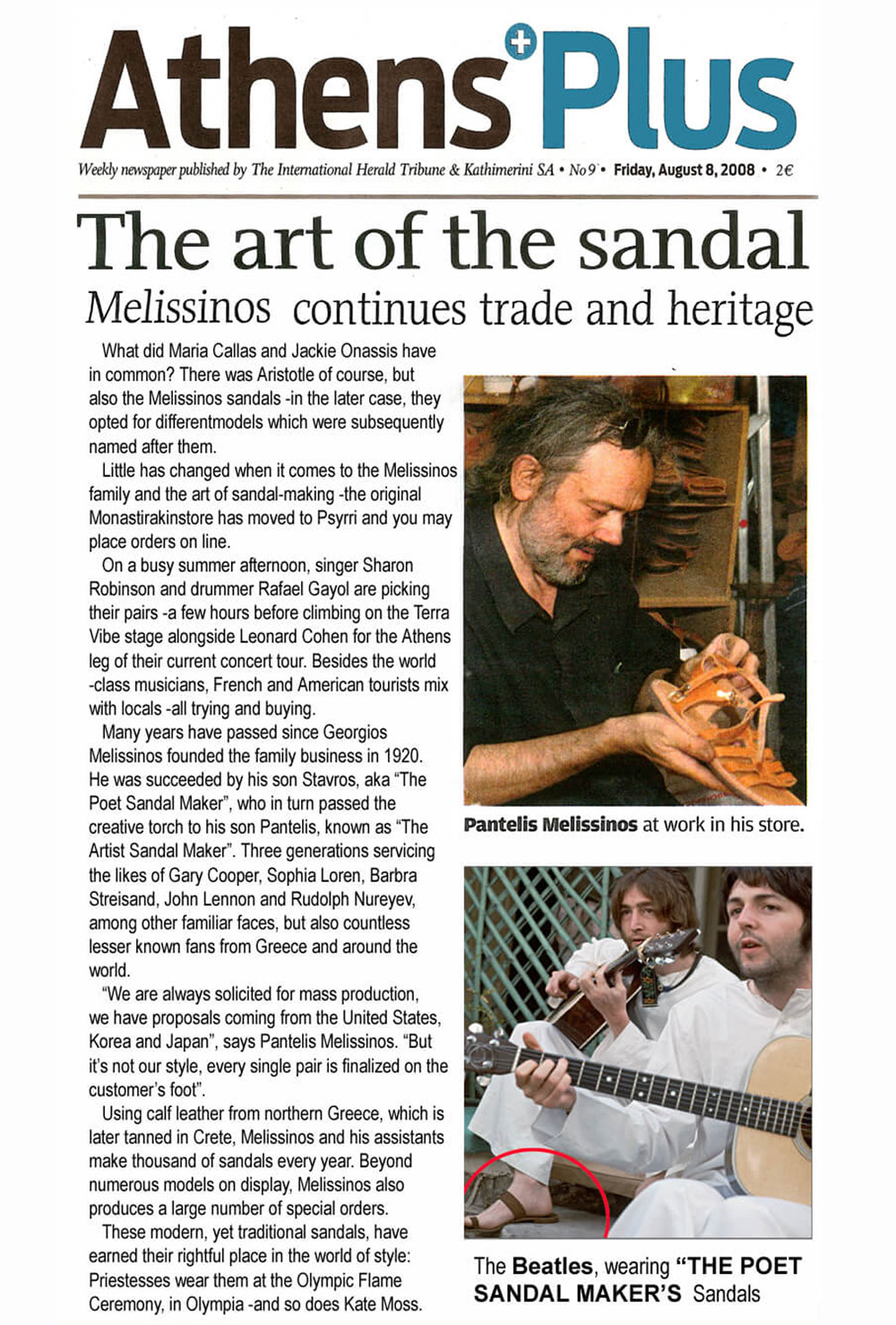 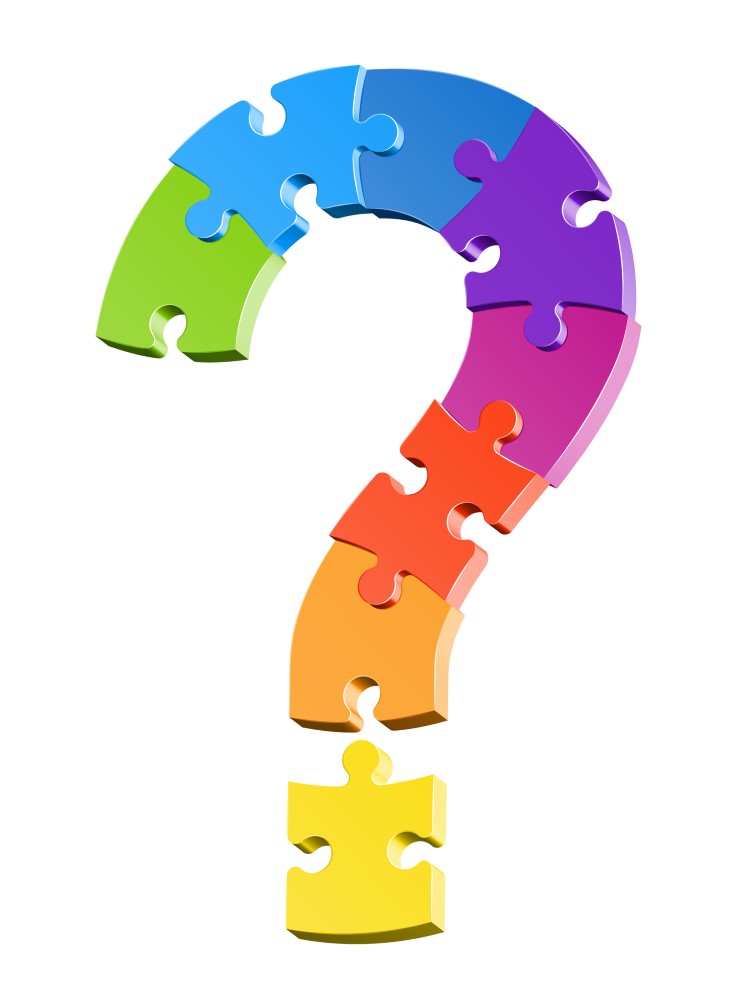 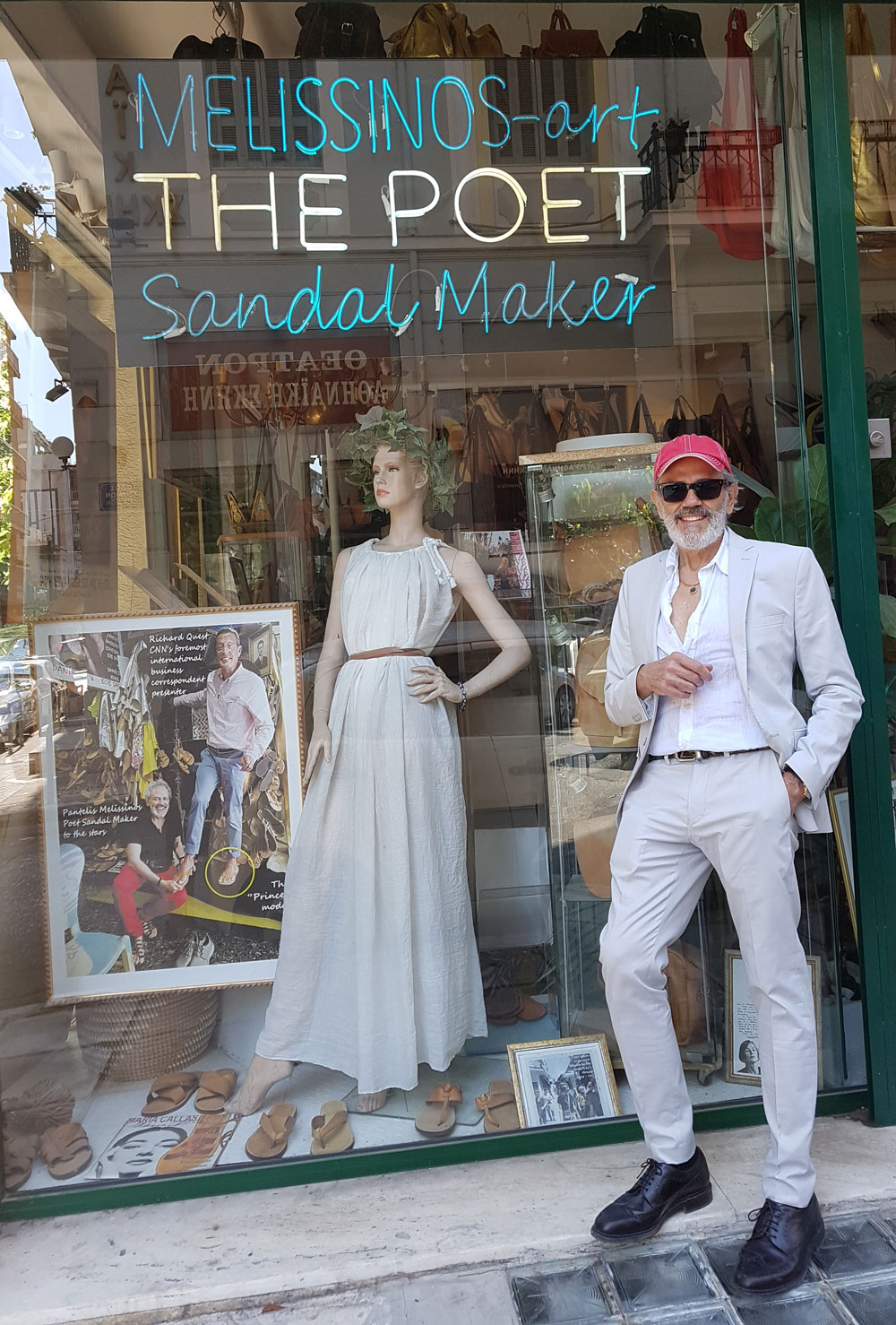 A must for Lovers of  unique things and handmade quality.