I MEET THE POET SANDAL MAKER OF ATHENS TO GET MY OWN PAIR. THE ANCIENT CRAFT LIVES ON!

Touching the feet and strapping the ankles, of both royalty and rock-stars alike are nothing new to ‘The Poet Sandal Maker of Athens’ aka Pantelis Melissinos.

The Melissinos family have an enviable list of  clients that are touted as regulars. A list that Anna Wintour would dream of name dropping. 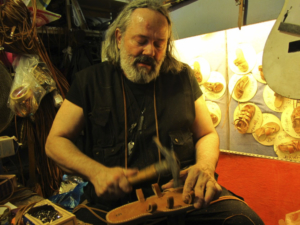 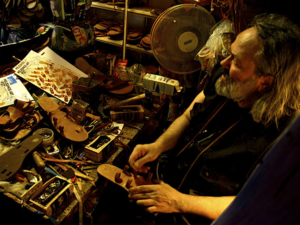 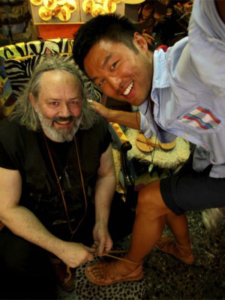 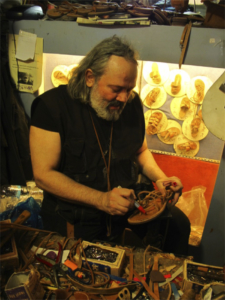 Meet Pantelis Melissinos, currently ‘The Poet Sandal Maker of Athens’, a third generation sandal maker and artist who has carried on the torch of this heritage craft from his grandfather. Pantelis is an illustration and Painting major graduate from Parson’s School of Design in New York, and has also written numerous plays and comedies. His play Bacchus, is critically acclaimed as one of the most significant modern greek comedies and has held numerous art exhibitions around the world. Pantelis has also featured in Vogue magazine and was commissioned to create a bespoke editorial piece for style icon, Kate Moss. The particular piece for Moss was an adaptation of the most popular style, The Cleopatra. Her sandal consisted of 9 buckles up the length of her knee for the spread. When you actually walk along the tourist traps of Monstiraki square, you will see numerous replicas of Melissino’s originals. You know you have made it when you have imitators. Highest form of flattery as they say right?

The first time I heard of the store was whilst I was watching a documentary (many years ago) on SBS one night, about John Lennon’s penchant for Greek handmade leather sandals. The program followed the life of a humble and celebrated greek poet, living in the heart of  Athens who also happened to recreate the grecian sandals of a bygone era. So I finally made it here in person. Melissino’s being a favorite pit stop for royalty and icons from the turn of this century to present sold me over completely. I too had come knocking at his door for poetry and to be heeled with the supple soles of hand crafted Cretan leather sandals. The leather from Crete was known to be the finest in the Ancient Greek world and according to myth and legend, it is believed that the gods went their to have their sandals made and imbued with supernatural powers. 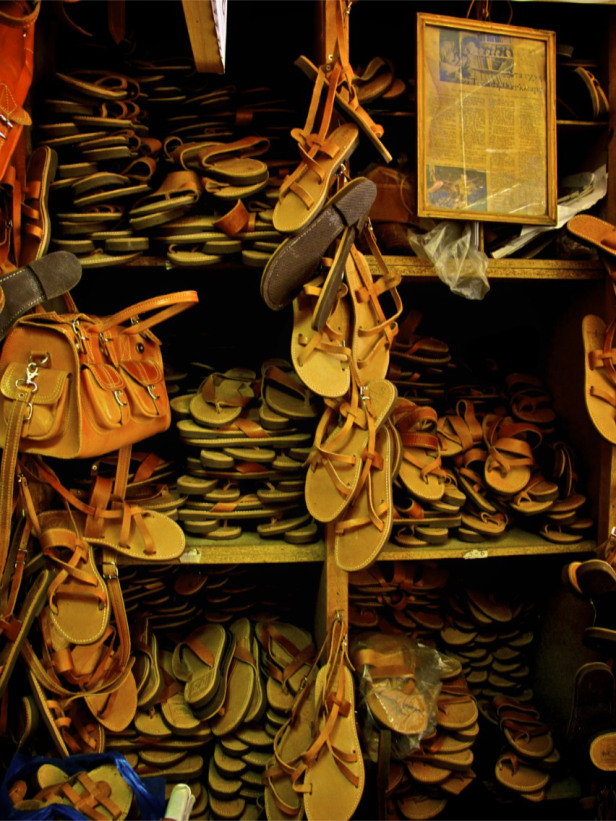 When I walked into the quaint yet energetic workshop (slash) boutique, I was captivated by a number of elements. The grit, wax, leather tannins, the intoxicating scents, textures, bespoke service, price point, and of course Pantelis the poet sandal maker himself. After you have been greeted you are presented wtih a sandal menu where over 25 styles are conveniently named after the icon it was designed for. The price is incredibly reasonable, only 35 euros  average for a bespoke pair of Spartans or John Lennons.  It surely feels as though you have discovered something special when you step in. The store oozes originality, unlike the sterile polished stores in the vicinity, that mimic Melissino’s charm of yesteryear. 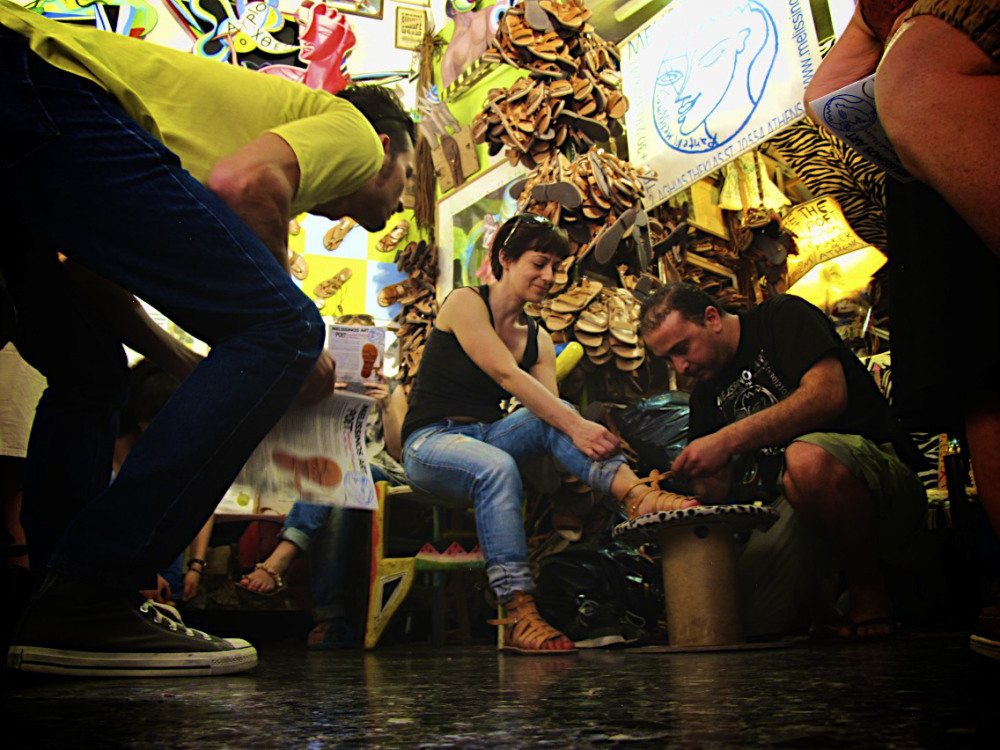 I must mention that the front room of the store is a menagerie of one eclectic social gathering. Like the Facebook friend list of Princess Diana. You will meet the most uncanny and interesting people from all walks of life. I met a hippy art teacher from New York talking about her swinging days, a preppy family from the Hampton’s on holiday in Greece, a stylist from London and  local girls and guys picking up a re-stock of their favorite sandals. I asked a local Athenian lady in her 50’s why she came here and not somewhere else, she vivaciously replied saying, “There are no sandals in all of Greece as comfortable as Melissino’s, It’s his fine touch. I wear sandals all the time and they just last and wear so beautifully. Other ones will break very quickly. I feel like a goddess in these. ” We all laughed. 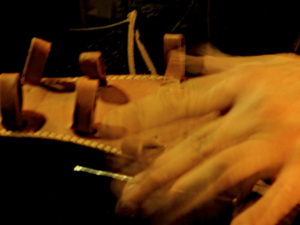 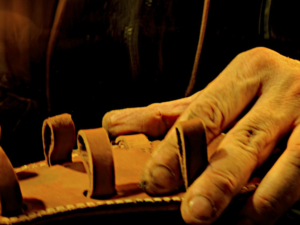 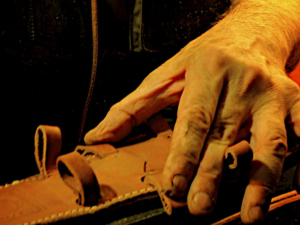 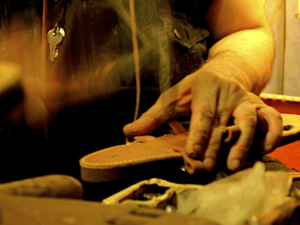 I love finding places that have such soul and a sincerity about what they are. It is a shame when places sell out to the masses. Although you can see the acropolis from the street front, it is like a sweet secret. Tucked away off the main road you could almost miss it.

As I clicked away climbing over the store with my camera, I asked Pantelis if I could come around to watch him tinker away on my bespoke sandals. He replied, “Be my guest.”

With the hordes of people that return and discover his cave of wonders, I was really surprised and impressed by his humility and dedication to who he truly is; the master, the poet sandal maker of Athens. After Pantelis kneeled and strapped my new spartan style sandals to my feet I was ready to  discover the Ancient city to trod the same path of St. Peter whilst the Ancient Gods stared down with envy from the Parthenon. 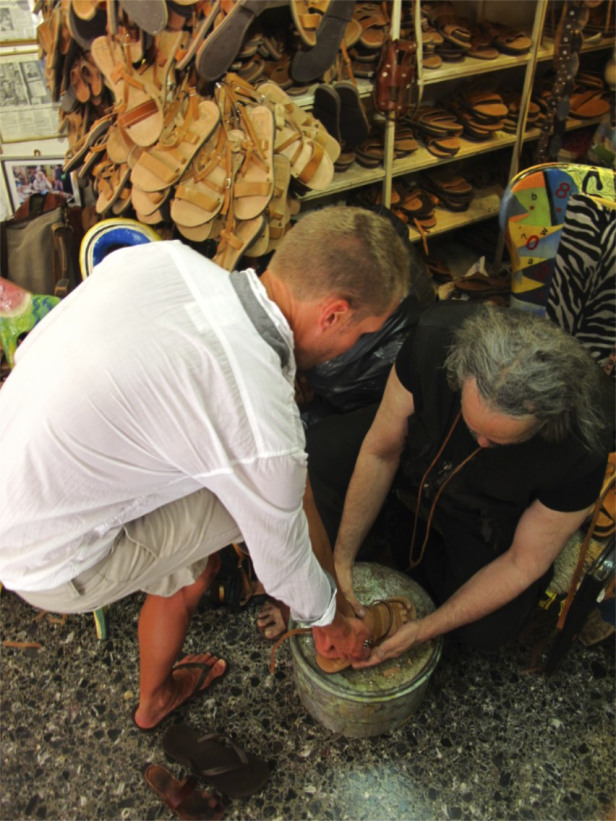 So whenever you visit Athens, on the way to the Greek Isles, your visit to Greece would not be complete without stopping by The Poet Sandal Maker of Athens.

If you end up going please write in and let me know what you thought. 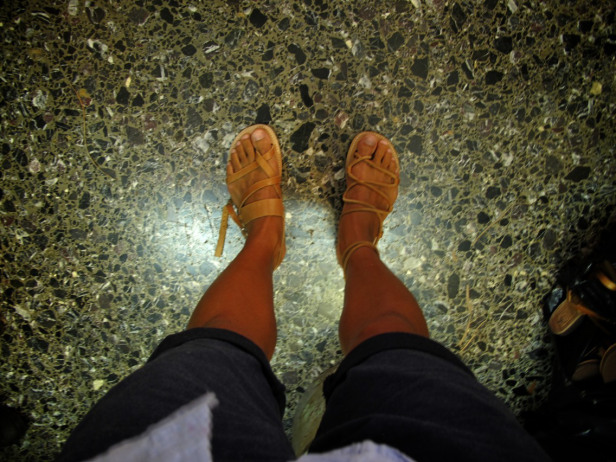 How to get There:

The store is located in Athens at 2, AGHIAS THEKLAS St, in MONASTIRAKI
Monastiraki and Psirri along with Plaka form the historic triangle of Athens. In the Monastiraki – Psirri area one can find the famous Athenian Flea Market, which lies in the shadow of the Acropolis. In this “triangle” one can find the ancient Athenian as well as the Roman Agora, the Tower of the Winds, the temple of Theseus and of course Aghias Theklas Street, which used to be Lord Byron’s old neighborhood. There at No11, Aghias Theklas Street, stood the house of the Makris family that extended hospitality to the famous British poet, who first came to Greece as a romantic tourist but left it as one of Greece’s greatest heroes of the Independence War. Byron helped the Greek cause gain international support and thus the Greeks managed to free themselves from the Ottoman rule.

ON FOOT: Getting there is very easy. The store is within a walking distance from Syntagma Square (The main Square of Athens). You just walk down Ermou Street, past Kapnikarea Sq, till you reach Athenas St (on your right handside), and Monastiraki square (on your left handside). Aghias Theklas Street is the 2nd right after Athenas St. (the first being Miaouli St).

BY TRAIN: If you are not in the mood of walking you can take the metro to Monastiraki Square. When you exit the station you head towards Ermou St. Aghias Theklas Street is the 2nd right after Athenas St. (the first being Miaouli St).