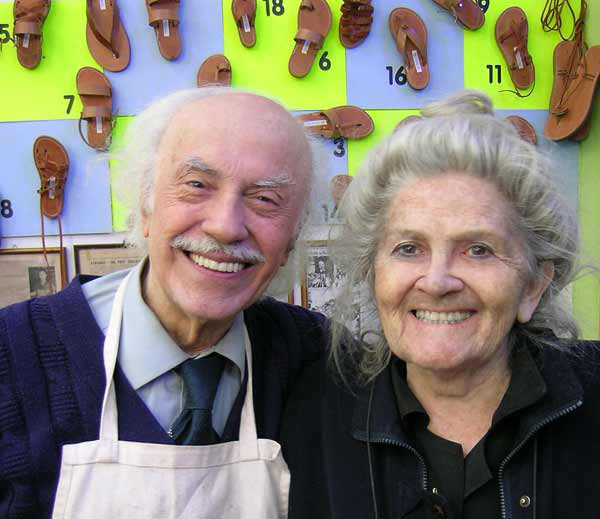 Stavros Melissinos, The Poet with his wife Sophia, his Muse and greatest devotee, who unfortunately passed away in 2007.

Stavros Melissinos, a second-generation shoe maker and also a poet, wanted to be a film and television director but his ambitions were cut short after his father’s untimely death, in 1954.

His maternal side of the family were descendants of the celebrated Greek War of Independence general Demos Tselios Ferentino. Demos Tselios -besides being from Missolonghi- was also a contemporary and a comrade in arms of Lord Byron, the poet, who died for the Greek Cause, in Missolonghi, on the 19th of April, 1824.

After high school, Stavros Melissinos, served as an officer in the Greek army. There he started writing his first love poems, whose recipient was his future wife Sophia Apessos.

Around 1954, he quit the army and started studying cinema at the Stavrakos School, in Athens. But, as mentioned earlier, he had to abandon all his future plans due to his father’s death. 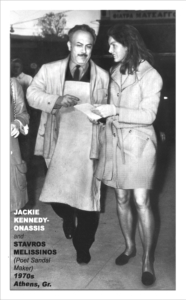 In the beginning he refused but Sophia, his business oriented wife, reminded him of the political and economic chaos in post-war Greece and because it was really hard to live on poetry, he finally  accepted.

He made some six pairs for that lady and some extra ones that he put in the store window. And that was that, the rest is history. The first post war American tourists and especially the young girlfriends or wives of the US army men, stationed in Greece, loved them so much that they started buying them like donuts. They, and the celebrities that started pouring in, were the ones that spread the sandal news around the world.

Take away the Glories and the Honors
The granite palaces of this vain world
And only give me the smile of Pain
The tear of Joy and I will erect
a thousand palaces in me in which to live.
Stavros Melissinos (Athenian Rubaiyat)

MELISSINOS: “A MINOR LEGEND IN THE CITY OF LEGENDS”

ATHENS- It’s not often that an individual becomes a tourist attraction, but this is the case with the poet sandal maker of Athens’ flee market, Stavros Melissinos, to describe him as modest legend would be closer to the truth.

Stavros Melissinos in his study, in the late 50s early 60s

An internationally acclaimed poet in his own right, he is also the sandal maker to the likes of Sophia Loren, who has been wearing his products since she filmed “Boy on a Dolphin” in local waters, so long ago nobody wants to remember, the Beatles, Rudolph Nureyev, Margo Fontain, Jacqueline Onassis, Anthony (Zorba, the Greek Tycoon) Queen, George Peppard, Ursula Andress and the late Joseph Cotton and Garry Cooper. With a clientele like that, he must have been doing something right.

Melissinos’ tiny, unpretentious shop lies in the shadow of the Acropolis, adjacent to Monastiraki Square. There you can see the colorful, confused congestion of stalls, carts and shops making up the large flee market, where such touristoria as pounded brass pots and pans, imitation statues of Athena and postcards are bartered for and sold. In an area where the drachma isn’t what it used to be, and where it’s often best to beware of Greeks bearing gifts for sale, Melissinos stands out as a soft sell merchant and craftsman offering for sale at a reasonable price a quality product he produced with his own honest labor. 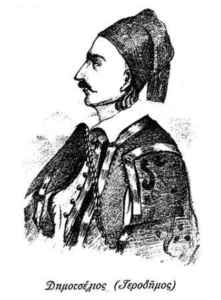 He is situated at 89 Pandrossou, that narrow street, lined with narrower shops, that is largely depended on the vacationing foreigner attracted to the Greek life style. There, among the clutter and the smell of leather, Greece’s best-known poet, playwright and literary translator mellowly plies his trade.
The subject of all the attention is a balding middle-aged man softening a bit around the middle, but with the happy, uncluttered eyes of a child and a face as soft as the calve’s leather he tools with deft sureness.

Since he begun writing poetry in 1953 Melissinos has published 10 books of poetry, many of which have been translated abroad. His works are in the Harvard and Oxford University Libraries. He has been the subject of attention on the B.B.C., the three American networks and, recently. In conjunction with a visit by Miss Canada, on our own CTV As well he has written a number of plays and has translated the works of many literary greats into Greek. “Greek is richer than other languages and often the translations are better”, he says.
His best known work, the 1959 Melissinos Rubayat, of which all 127 stanzas celebrate something close to the lips of many Greeks –wine- is on the curriculum of a number of major American universities. He even applies his early army days study in radio repair to his art.
“There is a similarity between mathematics and poetry. They’re close” 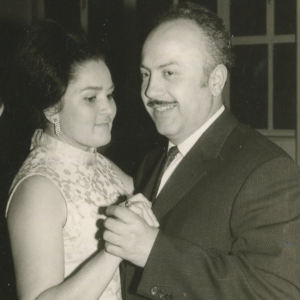 Stavros Melissinos and his wife Sophia dancing in the 70s

His Poetry is lyrical, tends toward an Omar Kayyam romanticism, and is at once philosophical and simple.
He has reached the level where one of his works, the play “Chastity Belt”, is banned in Greece for political reasons –a fact of which he is quite proud.

Why does a man of such renown continue to work at a regular job?
“A writer who does nothing but write”, he replies “is like the moon which gives off some light, but it’s borrowed, taken from the sun. A writer needs first hand experience, which only working in an other field can give him. Otherwise he is writing what he has read in other books”.
How did he begin?

And anyway, where else can you find sandals created like a poem that make you feel like Apollo?

Sophia Melissinos -Stavros Melissinos’ wife, when she was 40 years old

“I started writing poetry in the army. A friend wrote a poem to his little girl and he had trouble with it and brought it to me. It was very bad”, He laughs. “I wrote it for him and he showed it to his friends. They all liked it very much and asked me to write poems for them. Everyone thinks I am very good and so I continue. Much of it then was love poetry”.
The designs of his sandals, much like his poetry, which is often influenced by Greek mythology and history, are based on the footwear of such notables as Plato, Pericles and Helen, sometimes with a little adaptation by Melissinos.
“My father sold rubber-bottom sandals when he started the shop in 1927 and so did I when I took over in 1954. Then one day a lady brought a nice pair, like these and asks ‘can you make me another?’ For practice I make two and hang the other on the door outside. It was sold in half an hour. I took that as a sign”, he laughs.
“I made two, for, six, eight. They all sold very fast. So I started to make only this type and then other sandal makers started to open shops here and make my sandals. They saw a sign too” And he laughs that constant, quiet, happy laugh again.

Stavros Melissinos in his sandal workshop

He tells of the first of many meetings with the Beatles. It was in 1968. “First of all one of them comes, the intellectual one… Lennon. He told me he found my works somewhere. Then they all came here, like the Seven Dwarfs”, he chuckles, imitating them lining into the cramped shop.
“They were bodyguards but we had to close the door because their followers would have wrecked everything. They all bought many pairs”.
“My kids asked me later why I didn’t take their autographs. I say, they should ask for mine! I will be around long after the Beetles!” He laughs again.
The poetry books, unlike the sandals that line the walls are not on display. But they are for sale. Just make an inquiry and a book appears and he will be only too happy to autograph it.

Travelers keep returning every few years to trade in their old sandals for new from the approximately 32 styles available. They also come to visit. To some it’s a pilgrimage of sorts – For Stavros Melissinos, the Poet Sandal maker’s shop is one of those rare delightful finds. Even the most jaded traveler concurs.

I’m not just Cretan, Spartan, Athenian, Macedonian
All Greek, the whole of Greece in my chest I have enclosed
And whoever the Greeks divide ’tis my ancestral duty
To strike them back with the lance of Eternal truth

I’m European; I’m Asian; I’m African
American; Australian; Oceanian, son of the Pole
I’m all the people sheltered under the same sky
A child of Heaven and Earth: Man, the measure of all things

And finally, Christian or Jew, Brahmin or Buddist
Muslim or you who owe allegiance only to your own meditation
Just think the everpure butterfly of instinct
That flies in time and space in gardens without boundries
Stavros Melissinos 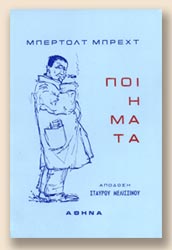 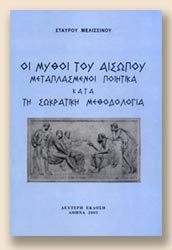 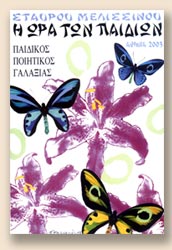 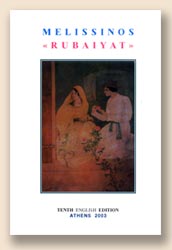 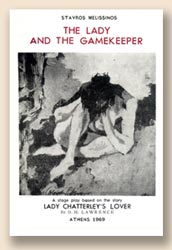